Our history began as a dream given to Rev. Oliver Lomax at the age of twelve years old, when he discovered his calling to become a mortician. After being honorably discharged from. the. United States Air Force, Rev. Lomax relocated to Dallas, Texas in 1975 and enrolled in the Dallas Institute of Mortuary Science. He graduated in 1976 and began serving his apprenticeship at the prestigious Black & Clark Funeral Home of Dallas, Texas. Upon receipt of his funeral director and embalmers licenses from the State of Texas he began working for the McGowan Funeral Home for several years and later worked for the McMillan Funeral Home until the establishment closed.

The Lomax Funeral Home has had the honor and privilege of serving families in Dallas, Texas and surrounding areas since December 1989. Rev. Lomax believes in personally attending to each family's need. For 30 + years, Lomax Funeral Home has been assisting families with all their funeral needs including: at-need arrangements, pre-advance planning, grief counseling, pre-financing funerals and other various needs. 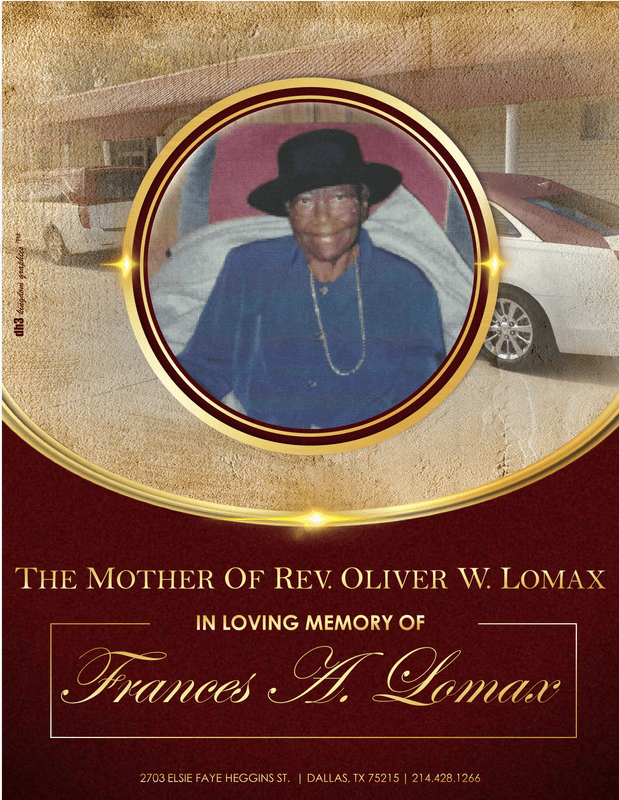 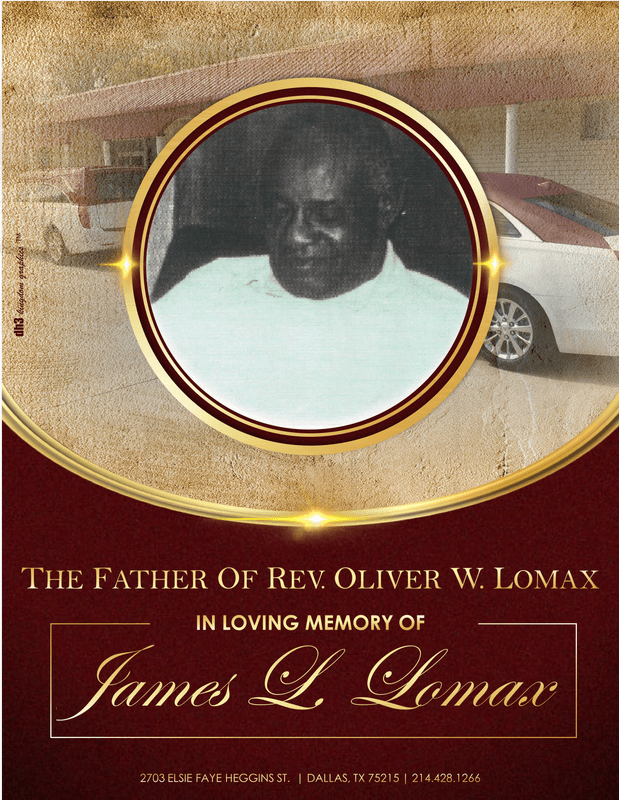 Visit www.prepaidfunerals.texas.gov for information relating to the purchase of pre-need funeral contracts including descriptions of the trust and insurance funding options available under state law.